No need to be a Neet 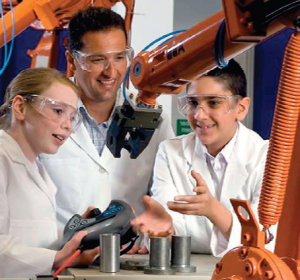 Few schools are offering the new diploma for teenagers and just 12,000 students so far have embarked on courses.

Peter Inson has been investigating whether the new qualification will succeed in motivating Neets – those young people Not in Education, Employment or Training

A new school year begins so it must be time for another shake-up in secondary education. This year it comes in the form of the introduction of the Diploma, the new qualification for 14- to 19-year-olds designed to ensure that young people have a good basic understanding of English and maths. This is combined with practical skills, such as construction or engineering, that it is hoped will stand them in good stead in the workplace.

Combined with the rise in the school leaving age to 17, the Government’s hope is that the new courses will help address that most intractable of problems – the 10 per cent of young people known collectively as Neets (not in education, employment or training).

There have been many initiatives down the years to help this group. In 1944 the school leaving age was raised from 14 to 15, and in 1972 to 16. The Certificate of Secondary Education (CSE) was introduced to cater for young people for whom the more academic GCE exams were deemed “inappropriate”. Despite misgivings on the part of independent schools and academically ambitious state schools, the two systems were amalgamated with the first GCSE examinations taken in 1988.

Attempts continued to provide courses and assessments for young people who would have left school earlier and resulted in the provision of vocational courses such as Btecs. Now Diplomas have arrived on the scene but while they have been heavily advertised and given an informative website – (http://yp.direct.gov.uk/diplomas),  few schools are offering them yet, with many mired in the bureaucracy involved in setting them up. Schools and colleges have to form consortia and bid together for government funding to introduce the Diplomas. The courses are put together collectively so that pupils have lessons at two or more sites.

Nick Hammond, an adviser and consultant to a consortium in Essex that is planning for September 2009, said he and his colleagues were adopting a cautious approach and offering a limited range of courses, initially. He thought that the word “vocational” might hinder the “selling” of the Diplomas to pupils and their parents.  He acknowledged the difficulties posed by the need for an element of common timetabling between schools and spoke of the need for regular meetings of staff from different institutions.

Teachers’ unions have complained that their members have had insufficient time and training to prepare. There were also considerable misgivings among a number of head teachers I contacted.

Dave Henderson, head at Abbotsfield School in north-west London, is much involved in planning work with local schools for a start in 2009. One of his difficulties is the threat to established successful vocational courses; Btecs represent a major part of the school’s recent and very considerable improvement in its students’ performance. Asked about raising the school leaving age, his response was immediate: “A big mistake.” It had not been discussed with heads who will simply have to respond as best they can. Mr Henderson is keen to see efforts to meet the needs of Neets but doubts the ability of some schools to provide effectively for other pupils whose interests may be put at risk.

In east London, the deputy head of a Catholic school, preparing to introduce the Diploma next year, described it as “philosophically impressive but more likely to turn out factory fodder rather than educated citizens”. He was concerned that much hard work by staff trying to fit in with other schools would be to no avail should their bids not be accepted.

He was also concerned about provision for a small minority of pupils – one school in Hertfordshire that I contacted has just eight pupils involved. Freeing these students for half days or even whole days to dovetail with other schools’ timetables could involve distorting the timetable for the majority. While it might be one thing to send 17-year-olds off to a local college for part of their teaching, issues of behaviour and security might arise with 14-year-olds.

In the north of England one deputy head was very wary, about both the new Diplomas and the raising of the school leaving age. He was concerned that schools were skewing their timetables to allow a tiny proportion of their students to attend shared teaching on other sites and saw the raising of the school leaving age as nothing to do with education, but with the need for politicians to show that they are doing something about a social problem. Particularly troubling was the advice that schools will be pressured by Ofsted inspectors if they do not offer these courses, even if to do so is not considered to be in the best interests of their students.

At St Bonaventure’s Boys’ Catholic High School in Newham, Helena Mills is deputy head in charge of this new venture. St Bonaventure’s had already established vocational courses for boys of all abilities and could teach aspects of the new Diploma.

Its urban location means that students can easily travel between schools and colleges that are working together. Ms Mills explained that visitors from other schools fit in well and accepted the school’s expectations – no hoodies, for example. St Bonaventure’s own students made it very clear to me that they enjoyed working in other institutions for one day a week.

At the end of the course, depending on the level at which they have studied, it is anticipated that students will be able to continue to study at school, get a job, go to university or college or sign up for an apprenticeship.

The school’s location near the Olympics site also meant that demand for engineering and construction skills encouraged their students and local companies were proving very helpful in supporting the new courses, although, as yet, opportunities for students to spend significant periods on sites were limited. Like other schools, St Bonaventure’s was finding timetabling difficult because, for one and a half days a week, it had to match teachers and students in ways that were dictated by other schools and colleges.

I was able to watch a group of 12 boys on a project about sustainability. In one of the school’s existing technology rooms they were busy examining common artefacts, a camera, a pullover and an electric kettle, to see the number of different materials of which they were made. Part of this exercise, which would continue on the next day at a local college with more specialised facilities, was to look at the environmental cost of producing these materials, of assembling and using them, and of disposing of them when they were no longer of use.

From my own experience of teaching I believe those pupils who despair of school might learn how to cope with a job and complete the business of growing up more effectively away from other youngsters. Independence and a sense of responsibility
would follow. Who knows, devoid of their function as virtual prisons for resentful adolescents, schools could become irresistible for teenagers.

There is no doubt that considerable talent, energy and enthusiasm are now engaged in providing these new courses. It is one thing, however, to encourage new courses where there are needs, and prospects of success. It is another for a centralised authority to insist. Success for the new Diplomas will not come about because the Government threatens schools with heavy-handed criticism or worse, but because schools like St Bonaventure’s see a place for them and set about the business thoroughly and determinedly.